It’s time for a Just Transition, moving to a modern zero-carbon economy in ways which protect workers’ livelihoods, create a new industrial base and deliver a fairer Scotland. Action is urgently needed to avert the climate crisis and to re-balance the economy to one which provides enough decent jobs making things in clean ways.

Plans for this transition so far have not been ambitious enough and progress has been slow. There has been little planning to ensure the protection of the people most affected, in particular those who work in sectors reliant on fossil fuels. Workers should be able to redeploy to new sectors and opportunities for retraining must be expanded.

Action to stop greenhouse gas emissions can create good jobs and improve everyone’s lives. But, done wrongly, it could instead entrench trends towards precarious work and economic inequality, while risking a backlash against climate action. Justice has to be built in – a just transition is essential. 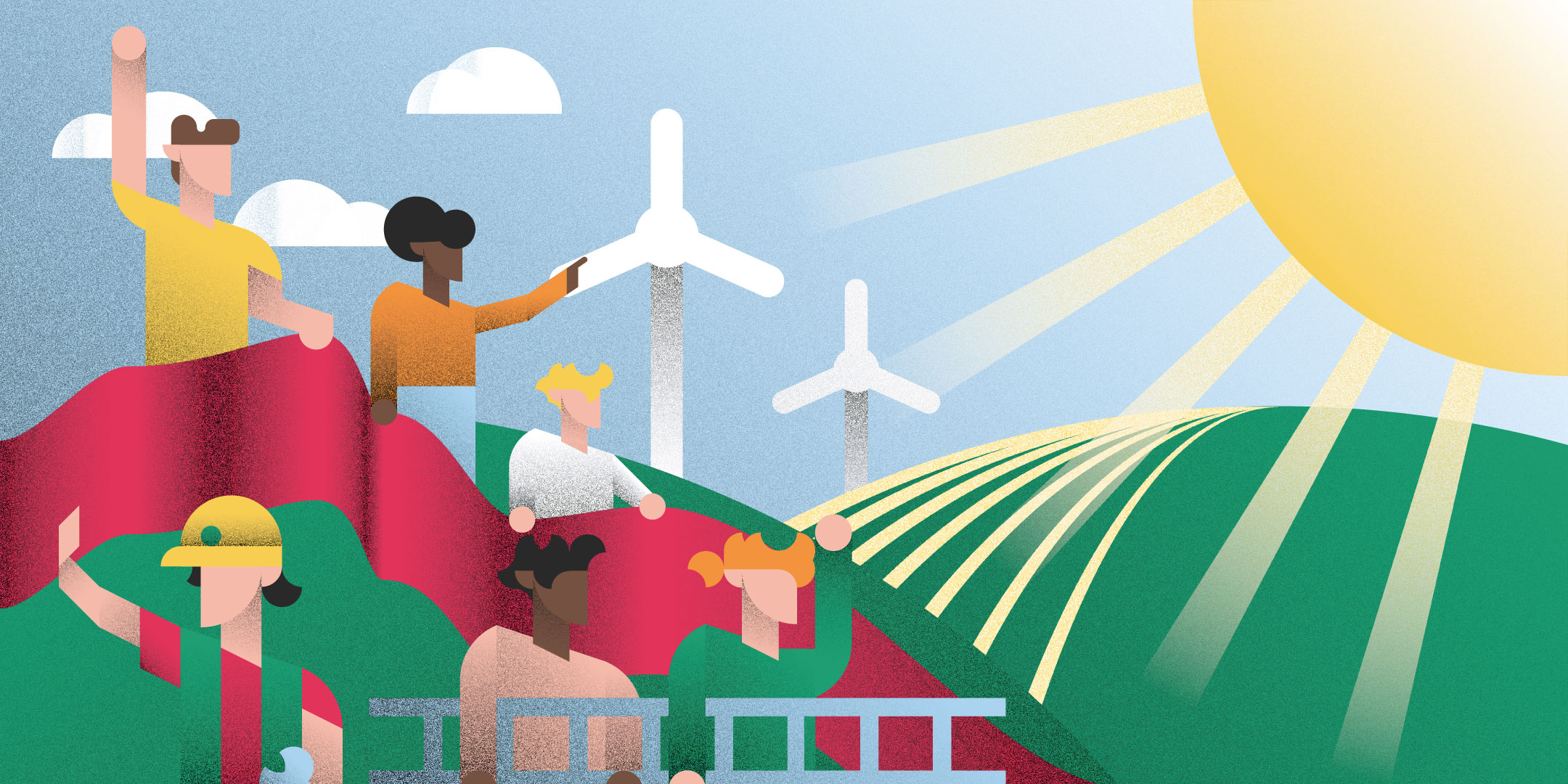 Our conference on 2 September heard about why we need a just transition
and what has to be done about it from global and Scottish speakers.

Whether speaking towards the COP26 climate talks in November or to the new
government in Scotland, key messages included the need for decisive action
rather than just fine words; and for a new, pro-public approach to the
economy in place of the pro-market policies which have failed to deliver the
changes we need.

Working together for a Just Transition

The Just Transition Partnership advocates for action to meet climate change targets in ways which protect workers livelihoods and make Scotland more equal and inclusive. It was set up by Friends of the Earth Scotland and the Scottish Trade Union Congress in 2016.

Find out more about Just Transition in Scotland

JUST TRANSITION PARTNERSHIP STATEMENT ON CLIMATE JUSTICE, THE COST OF LIVING AND INDUSTRIAL DISPUTES Soaring inflation has workers facing a real terms pay cut on top of years of stagnating wages. After a summer of heatwaves and drought, we are …

Trade unions and environmental organisations are calling on the Scottish Government to show real commitment to fairly cutting climate pollution throughout the economy and to embrace the recommendations of the new Just Transition Commission’s first report (Thursday 14 July). The …